The largest object ever assembled in Earth orbit, a 450-ton unique science laboratory. The Bridge for
Mankind to step further into Space Exploration, improving new Technologies and Health on Earth. 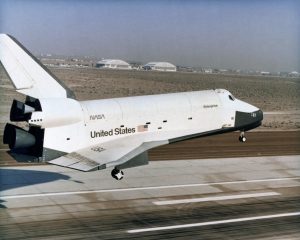 Black Screen: The ISS cameras are pointing at the night side of Earth. The “Message” Screen: ISS is in a spot without an available video relay satellite.

This Ustream channel was originally used to show the views from the “High Definition Earth Viewing” experiment (HDEV). That was an experiment to see how well, and how long, standard consumer-grade video cameras could last in space. The experiment consisted of four different brands of home-use cameras: Panasonic, SONY, Toshiba, and Hitachi models were used. The cameras were aimed at the Earth, and they were powered up and down sequentially. The experiment was designed to last about a year, but in fact ran for over three years before a computer problem ended their transmission in mid-2019. (Three of the four cameras were still functioning quite well!)

Rather than have a channel with nothing to show, NASA now uses that Ustream channel to show Earth views from one of the external High Definition cameras mounted on the ISS. While the HDEV cameras were fixed-focus and fixed-aim, this external camera can be rotated and re-aimed as needed or desired. It also is sensitive enough to low light levels that we can often see city lights on the night side of Earth.

So, what does this camera show? It shows an area off to the left (to port) of the direction of travel of the ISS. Think of sitting in the back seat of a car, and looking out through the left-side front window rather than out the windshield or windscreen. As the ISS approaches distant objects, they appear to move off to the left (port) side in a curving arc. Last, the camera itself is rotated 90 degrees, so that to look more-or-less forward, you have to turn your head sideways to the left.

The Anomaly
The anomaly is a a weakening of the Earth’s magnetic field in the area of the southern Atlantic and extending west over South America.  This weakening allows the lower van Allen belt to dip lower than anywhere else between 60°N and 60°S.  In the polar regions, the lower van Allen belt reaches the surface of the Earth, following the lines of the magnetic flux.
The South Atlantic Anomaly (SSA) is created by a rising of the Earth’s iron/nickel core beneath the continent of Africa.  This creates a crest in the flux, and behind in the wake of the Earth’s rotation is the trough of the SSA.  The trough is conical shape, wider east to west than it is north to south, the weakest point being about 300 miles/480 kilometers south of Rio de Janeiro (30°S 40°W).
Because of the weakness in flux, the lower van Allen belt dips lower into the cone.  Near the center of the anomaly, the van all is both lower and has a softer gradient edge.  While technically the van Allen touches the surface in the core region, it’s ionic charge is negligible, the flux measured in the nanotesla range.  It has no notable effect at the surface.
The eastern edge of the anomaly starts at an altitude of 280 miles/450 kilometers in southern Africa (35°S 40°E) and extends to the Pacific coast of South America (25°S 80°W).  The widest from north to south lies at 40°W, from the equator to 55°S.  Because the uprising of the Earth’s core is a dynamic process in geological time, the anomaly drifts westward at a creeping pace.

Low Earth Orbit
Low Earth Orbit (LEO) is designed to stay under the lower van Allen belt.  Early space exploration had a high failure rate of satellites that were placed within the belt.  Electronic equipment had a high malfunction rate from collisions with protons.  As understanding of the failure process developed, electronics were better shielded from the radiation that was generated by the proton collisions.

As man began to spend more time in orbit, the issues of radiation exposure became more critical, and the art of lightweight and effective shielding advanced to better protect those venturing into orbit.  One of the changes was limiting manned orbits to below the lower van Allen to reduce levels of radiation generated by proton collisions.  Hence manned orbits remain within an envelope of 54°N to 54°S at 260 miles/420 kilometers.

This envelope has one area where proton collision is unavoidable, the SAA.  To avoid it fully, the orbit would be too low to maintain properly.  Anything in LEO will undergo two or three orbits daily that pass through the SAA.  Peak orbit is the orbit that passes closest to the low point of the anomaly where the proton density and collision radiation is highest (core).

Radiation Physics
Protons are among the heavier atomic particles, and at non-relativistic speeds, a collision with one is non-eleastic.  This means that a proton striking an object is deposited on the surface of the object.  If it were elastic, it would penetrate the object, slowing the collision more slowly, extending the energy release at lower levels over a longer period of time.  At relativistic velocity (such as a proton beam), the proton is elastic, as are all atomic particles.  But orbital velocity is not sufficient for penetration.

Under the principle of conservation of mass and energy, a change in velocity involves a release of energy, especially for an atomic particle with an ionic charge.  Protons in the lower van Allen are positively charged and are measured in electron volts (eV), the range usually runs from 250 keV to 60 MeV.  Most of this comes from the solar wind reacting with the Earth’s magnetic field, and the protons act as collectors for this excess electrical energy.  It is this charge reacting with the Earth’s magnetic field that keeps the van Allen belt in place, and the solar winds propell the currents within the belt’s layers.  The van Allen in the lowest part of the SAA is almost a whirl wind, similar to a tornado’s vectors.

In orbit, velocity doesn’t vary much, 28,000 km/h – 17,000 mph is pretty much standard.  It is sufficient for a collision release.  What it hits depends on where on the object it hits.  Head on perpendicular is a harder collision than one that glances off the side.  What molecules is the other side of the elastic collision value.  If it’s proton to metal, no elasticity.  And how charged is the proton?  The less energy transfer per unit time will create a lower level of energy release.  The more energy transfer, the higher level of release.

The vast majority of the radiation release is electromagnetic force (emf).  This is the energy that includes static, batteries, wall sockets, radios, light, x-rays.  The softest transfer is static electricity.  The station is equipped to keep the station grounded from plasma buildup.  As the energy transfer of the collision increases, the frequency increases, radio, microwave, x-ray, to gamma at the top end.  Gamma (soft) is usually produced from a hard collision of 25 MeV or more.

Cameras and Visual FX
“Flashy lights.”
Cameras are shielded to survive orbit for as long as possible.  Nothing gets through the shielding except that which can’t be stopped.  Gamma, ultimate elasticity.

The camera’s shielding absorbs all the lower forms of emf as static electricity.  The vast majority of collisions become plasma residing on the surface.  Only the highest power collisions can reach the camera plates (sensors) by a route other than through the lens.

When gamma passes through the shielding and the sensor, it is weakened by the collisions, and it leaves behind a residual static electrical charge on the sensor in its wake.  The sensor responds to this latent charge as it would to visible light.  A flash in the image sequence.

Two types of cameras are used by NASA, those which use a Bayer sensor, and the multi sensor/prism.  With a Bayer, because the camera uses a single sensor with micro color filtration, the visual flashes are white.

With the CCD cameras, a prism breaks the light into three spectrum images, red, green, and blue, each targeted to separate sensors.  When the gamma strikes the red sensor, the flash is red; the green sensor, green flash; the blue sensor, blue flash.

Notes of interest:
Gamma generated in proton collision is soft gamma.  It’s waveform is uniform.  This is not the same product as hard gamma, which is generated in nuclear decay.  Hard gamma has a signature spike in the waveform that identifies the isotope decaying.  That spike is considerably more harmful to living tissue than the base waveform.  This is not to say that gamma radiation of any sort is considered healthy.  Soft gamma is just not quite as nasty. 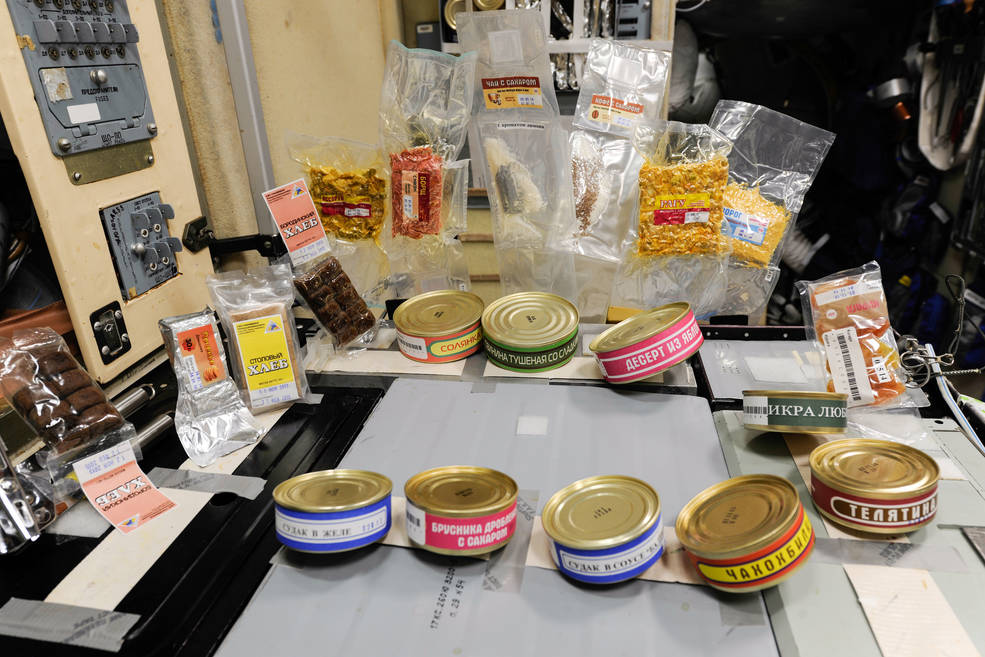 This is an Operational Stream for Communication and Supervising ISS.

Dark Screen: The ISS cameras are pointing at the night side of Earth.

Blue Screen: LOS = Loss Of Signal, ISS is in a spot without an available video relay satellite.

Images from the Cameras: You’re seeing images from the external ISS cameras, or, during the crew’s working hours, from inside the ISS! There are about 80 cameras, external, internal, on robots, on experiments (for real-time transmissions).

Here you can chose btw many trackers. (hover over to see the links)

The ISS is made up of a number of modules and elements. There are living quarters, storage areas, science laboratories, batteries, and solar energy collectors, in addition to a hundred smaller things, such as antennas and experiment platforms.

If it could be brought back to Earth in one piece, a soccer field would be needed to park it in. Most of its size is due to the huge area the solar panels cover. They cover over 4,000 square meters (about one acre), and generate up to 90 kilowatts of power.

Inside, the individual modules may not seem all that big, but not needing floors or ceilings, they have room for extra gear of all sorts. Altogether, they give the residents as much total room as a six bedroom house!

The internal air pressure is set at about the same level as in a commercial airliner such as a Boeing 747.

The ISS is truly an international undertaking. The main modules are from the US, Russia, and Japan; the famous CanadArm 2 and the robotic DEXTRE are both from Canada. The “residents” are mostly Russian or American, but they have been joined by ‘Nauts from Canada, Saudi Arabia, Japan, Germany, the UK, and about a dozen other countries. It has been continually occupied since November of 2000.

The ISS orbits the Earth at an altitude of about 405 km (255 miles), though that varies a bit. Its orbit is not quite circular, so at some points it is a little lower, and at other points it is a bit higher, but those variations are fairly minor.

At that altitude, ISS orbits the Earth in roughly 92 minutes, so the people on board get to see about 16 sunrises and 16 sunsets for every one of ours!

Outside ISS, Space is not quite truly empty, though it is very close to what we would consider a vacuum. There are still a few molecules from our atmosphere out there, and given enough time, the ISS does slow down a very small amount, and loses a little altitude. So, a few times each year, ISS uses one of the Soyuz capsules docked there to boost the station back to a higher orbit. When necessary, Soyuz is also used to changed the orbit in what is called a “DAM” (Debris Avoidance Maneuver).

There are at least 50 onboard computers running things on the Station. Between them, they run about 2,300,000 lines of computer code!